With the recession and the economic slowdown hitting the Western business, the West is slowly turning towards the Islamic finance. This turnaround is mainly noticed in the cities like London where there is a leading trend of taking up Islamic finance for secure business than the Western finance which has taken a toll during the economic slowdown with the world seeing the closure of various banking giants in the US and UK. According to David Williams, the topmost country to adopt Islamic finance in the UK followed by France and US which at an initial stage. This is considered as an amazing turnaround by most of the people around the world.

Business in the Western world and Western finance did not expect such growth from its younger upstart, like Islamic finance and the former haven’t noticed what the latter is up to. Even though hugely popular, the idea Islamic banking and finance is considered to be in its initial stage compared to that of the Western world banking. Most of the Islamic finance products are derived from a conventional offering. Earlier criticisms faced by Islamic banking and Finance have been torn to pieces after the reality hit the Western business in the form of economic crisis.

As the economic crisis has made business in Western countries take a huge beating they were forced to look for alternatives for financial support for their business. That is how the Western world started looking upon the Islamic finance as an alternative and not inspiration or an admiration for it. France has a largest Muslim population about 6 million which has added to cause of this country getting attracted and supporting Islamic finance.

The topmost Islamic finance and business hub in the world Malaysia has been a huge example in front of the Western world doing the business with their conventions. France has asked Malaysia’s financial advice with its years of experience in doing business the Islamic way. London was first to take up the opportunity to save their business wearing a friendly face towards the Islamic bankers. This way there is a stark contrast in the strategies followed by both Paris and London.

There has been an extended support to the Islamic practices publicly in London and the British government was very keen to take maximum support to popularize the Islamic banking. There has been a proactive effort to change the laws existing in Britain to way to support the Islamic way of banking which included efforts like the abolition of double stamp duty, which has made Shariah-compliant mortgagees on a competitive level. Favoring the Islamic style of business have charged the markets immensely and brought new colors to the market dynamics.

The next in the line of financial change is the US and according to experts changes in the US will be sluggish as far as the cultural and economic policies in the US are concerned. Change can’t be avoided in light of the economic situation and what Islamic finance has brought to the Western world. There has been definitely a rise in the Islamic finance with the Western economies taking a beating in the lights of the economic crisis. 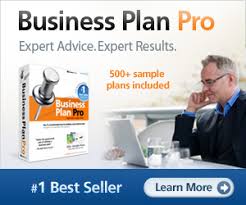